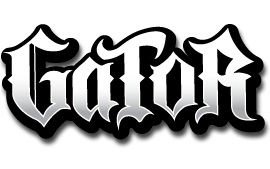 NEW PHOTOS!
The team has been shredding. Check out some new photos of AJ Racinelli, Terry Baily and Nick Galotifiore. These dudes have been riding the waters of Orlando and coming up with some innovative stuff. Check it!
View Details

SURF EXPO 2011 IS HERE!
Come check out the Gatorboards booth at this years surf expo. We are located next to the sesitec pool.

PRO TOUR FINAL STOP OF 2011!
With the season winding down, the pros head out to Tennessee this weekend for the final stop of the Pro Wakeboard Tour. This contest is sure to have some heated competition. If your in the Knoxville area August 27-28, make sure to check out the Action on the Water.
View Details

WWA WAKEBOARD WORLD CHAMPIONSHIPS
Fans lined the shores of The Precedent in northern Indianapolis today to catch the finals rounds of action at the 2011Rockstar Energy Drink WWA Wakeboard World Championships, presented by Supra. The sport’s top pros laid it all on the line in an exciting showdown to see who will be the 2011 world champion.
View Details